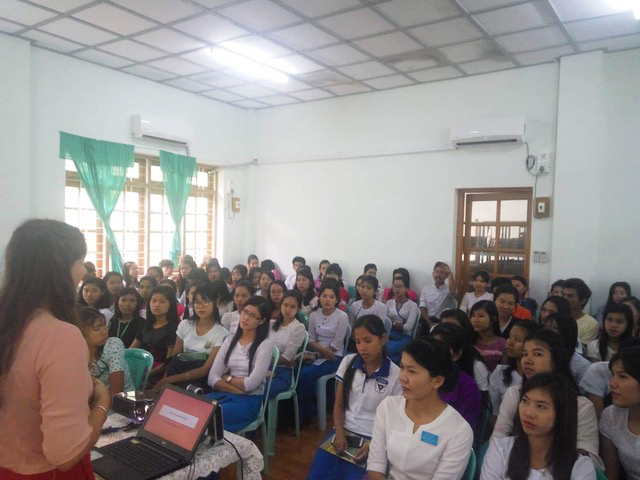 Mental health is a topic rarely talked about in Myanmar’s society. However, that does not mean it isn’t relevant. Loneliness as well as depression are becoming increasingly pressing issues that need to be addressed – also in Myanmar. As there is a general lack of data in this area, Samia Akhter-Khan decided to research loneliness among elderly people in Myanmar, using data from the only existing national ageing survey. Additionally, she interviewed elderly people on loneliness, with a special focus on religion, social networks, and health more generally. In July, she was invited to talk about her research at Myeik University.

When I first started talking to people in Germany about my research project on loneliness in Myanmar, they usually reacted surprised, saying things like “Why loneliness? That’s not a problem in Myanmar, is it?”, or “I guess nobody lives alone in Myanmar, old people are respected and have a big family that takes care of them, right?”. Well, to be honest, that’s what I thought, too… before I moved to Myanmar and began my research.

Research data in Myanmar is sparse, especially in the field of mental health and well-being. However, due to problems arising from rapid population ageing, and thanks to the work of HelpAge and the WHO, there are some positive developments in research on Myanmar’s health sector. In 2012, the first and up to date only big nationwide study on ageing, which includes data from 4,080 persons aged 60 and older, was conducted by Prof. John Knodel. The Survey of Older Persons includes a wide range of data on living arrangements, economic situation, and health matters, including loneliness (Knodel, 2014). Using this data, I investigated the prevalence and predictors of loneliness among Myanmar’s older population. After finding out that 33.3% of Myanmar’s older population feels lonely sometimes or often, and over half of the participants reported to feel depressed or sad at times, or most of the time, I was convinced that my prior expectations did not match actual facts. Loneliness is indeed a problem in Myanmar! But what can be done to tackle it? To find out, I turned to those affected: older people in Myanmar.

Unlike Yangon, Myeik is a smaller city located at the Mergui Archipelago, with limited access to health care in the surrounding villages and a more traditional lifestyle. However, also here, many things are changing. For instance, children are increasingly migrating to neighboring countries or Yangon to seek education and job opportunities, leaving their parents behind. If you cannot rely on your children’s emotional support and help with activities of daily living, who and what do you turn to?

Before I conducted interviews, I talked to some local friends about possible ways for reducing loneliness. Their most common approach was: “Religion, of course!”. Religion plays a big role in people’s lives, many regard it as existential as eating, sleeping, and breathing. But can religion really help to fight loneliness?

After conducting interviews, I learned that acts of praying and practicing meditating can indeed mitigate feelings of loneliness. Further, religion influences people’s mindset, which helps them cope with negative feelings, and encourages them to be active in their community – whether it’s going to the monastery, mosque, temple, or church, or just helping at events in the neighborhood. Community activities, such as sports or playing music also distract people from feeling lonely. Some older people I talked to suggested to raise awareness for problems of loneliness in the community through trainings and through sharing experiences, such as in round table discussions. Learning about risk factors of loneliness and its possible tremendous consequences for health and well-being is one step in approaching this topic in Myanmar. So, this was what I started with by presenting my research.

At a dinner with professors from Myeik University, I was invited by the president to give a talk on my research and work on loneliness and depression. I was honored and nervous at the same time, especially about giving the talk in Burmese, a language I had only been learning for nine months. However, my excitement to speak to the students and raise awareness for mental health, a topic that was so far rather unaddressed in Myanmar, prevailed.

As of yet, there is no data on the prevalence of depression in Myanmar, but as in neighboring countries, depression is estimated to become a bigger burden year by year (IHME, 2019). Taking into account my own experience in Myanmar, I have met quite a few young people between twenty-five and thirty dealing with symptoms of depression, mostly triggered by financial insecurity, lack of working opportunities, or statelessness. This suggests that between different generations, loneliness and depression might be triggered by different factors. During my talk and discussion at the Myeik university, it became clear that feeling depressed is a state that many students could identify with. With only 0.3% expenditure of the GDP, mental health in Myanmar is clearly underfunded. There is no therapy or counselling available, and professionals are underrepresented, considering the need for care (WHO, 2006). So, what can people do to seek help?

Besides my activities with HelpAge International and the local human right NGO Metta Let Kann, I work for a German application called “Moodpath”. Today, smartphones and internet access are available for most people in Myanmar, and a majority of students have basic English reading skills. Moodpath is a mental health app, specifically designed to help people recognize if they suffer from depression, and learn how to cope with the symptoms, e.g., by writing a mood-diary. Apart from bringing depression and loneliness into the focus in society and on the national state level, applications like this can be a good option to seek support when there is not enough professional help available.

It will still take time and work to improve the health care system in Myanmar and more research is urgently needed. During my presentation at Myeik University, I talked about the assumptions of my friends and family in Germany, that loneliness is not an issue in Myanmar – and the only reaction I got was a big laughter, followed by: “It is, of course!”. It is time to raise more awareness for loneliness as a global problem, address it from different perspectives and with transdisciplinary approaches, in order to find solutions for mental health issues that may concern anyone at some point in their lives, including people in Myanmar.

The Washington Post (2013). A stunning map of depression rates around the world https://www.washingtonpost.com/news/worldviews/wp/2013/11/07/a-stunning-map-of-depression-rates-around-the-world

Samia Akhter-Khan is a psychology student at Humboldt University Berlin, currently doing research on loneliness in Myanmar for her MA thesis. She has been living in Myeik for the past ten months, working on long-term-care systems for “HelpAge International” and volunteering at the local NGO “Metta Let Kann” (www.mettaletkann.org) for peace and development. 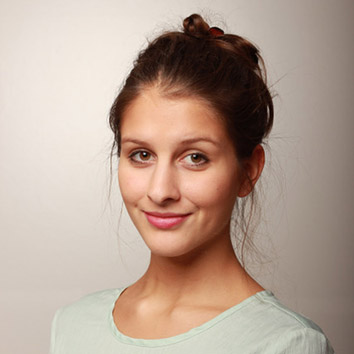 1 thought on “Addressing Loneliness and Depression in Myanmar”